Reassessing Google Translate in the ER: A Look at New Data
14 August, 2021 by
John Widick
| No comments yet

The temptation is understandable. An emergency room is a fluid and sometimes chaotic environment. Any small barrier can stop staff from helping the next person, and there’s already plenty to keep track of that falls within their area of expertise. Because of this, the added stressor of communicating with patients who don’t speak English can feel like a roadblock to doing the job they were trained for.

It’s no surprise then, that an apparently simple solution would be so appealing, promising instant relief from a frustrating linguistic boundary, and freeing up staff who don’t have the skills to handle it on their own. When taking the time to put ourselves in the shoes of ER staff, who sometimes simply don’t have good options to deal with language barriers, we can understand why they may resort to Google Translate in an attempt to resolve the issue. There is probably less inhibition about doing this when the risks are undefined and ambiguous. Non-linguists in an urgent situation may not grasp the danger of providing medical instructions to human beings with machine translation. Fortunately, there is now more data to help answer the question: just how accurate and safe is Google Translate in the emergency room?

If you’d like a quick answer: not safe enough. Keep reading if you want to know why.

The Most Recent Study

Several studies have come out in years past regarding the efficacy of Google Translate in a medical setting, but of course, the algorithms to this most popular machine translation service are upgraded frequently. That’s why many medical translation experts were so eager to parse out the data collected in the 2021 study A Pragmatic Assessment of Google Translate for Emergency Department Instructions.

All in all, the study had good things to say about Google Translate aside from its use for medical translation. For commonly translated languages such as Spanish and Chinese (both Mandarin and Cantonese) it is quite accurate. Spanish medical translations were found to be correct by native speakers 94% of the time and, and those in Chinese were 81.7% accurate. It’s fair to say that these are two impressive achievements in and of themselves before we consider patient safety, and they show that the application is improving over time. In spite of that, not so successful were translations into Armenian (55%), Farsi (67.5%) and Vietnamese (77.5%). Indeed, a chart in the text offered examples of “Gross Errors in Translation,” which included medical translations such as “Do not explode your nose because it could put pressure on the break in your face,” which was a translation into Farsi, and “You may take anti-tank missile as much as you need for pain,” an Armenian example. In Chinese the application translated Coumadin to “soy bean” and discussed “soy bean levels.”

Is It Okay to Use?

At this point, you may be compelled to ask yourself, is Google Translate still safe for Spanish in the ER or for medical translation in general? Since Spanish was found to be the most accurate, it may be the best language to use as an example for understanding potential consequences. You would have to ask yourself, “Am I ok with all of my patients receiving medical instructions that are 6% incorrect?” This of course will include information as crucial as how to take medication or care for a wound. Such documents are very information-dense. It would likely be hard to find even a single sentence that does not contain vital information, meaning that errors will almost certainly alter the meaning in dangerous ways.

For medical translations, such as informed consents and discharge instructions, there is never room for 6% error due to translation, especially when other miscommunications already can and do happen due to human error or low health literacy. Mistranslations would be another source of confusion on top of those which are already a serious problem in medical care. Not to mention telling staff they should only use machine translation for particular languages with a statement like “You can use Google Translate for Spanish and Chinese, but don’t touch Armenian or Farsi!” is bound to confuse staff and impede the flow of information even further.

If that’s not a convincing enough reason not to use Google Translate for medical translation, there’s always the recommendation of the paper itself. The authors note “GT for discharge instructions in the ED is inconsistent between languages and should not be relied on for patient instructions.” They hold out hope that the future of medical translation may include machine translation, but affirm that it is not ready now and that its use is dangerous.

The primary recommendation of the paper when providing discharge instructions is to have an interpreter translate them aloud to the patient. While this method is worlds better than machine translation, we should note that it does have shortcomings. A verbal interpretation is not a paper copy. There is no permanent record of it, which means there is no way to verify it, and furthermore it cannot be referenced again. Even if the patient takes notes, those notes are subject to error. While this method is considered viable, it is still not as good as a professional medical translation in text format (for more see our article on sight-translation here). The best way to create these documents and have them at the ready is to establish a relationship with a medical translation service, which will have intimate knowledge of all the nuance of medical translation, and linguists ready to help with even the most obscure languages to be found in your community. 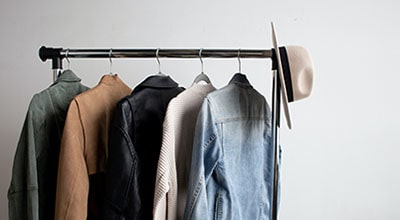